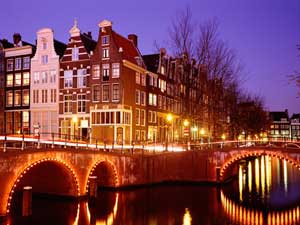 The acting mayor of the Dutch capital Amsterdam, Lodewijk Asscher, has reportedly decided to deploy undercover police officers disguised as religious Jews on the streets in order to identify violent anti-Semites. "Jews in at least six Amsterdam neighborhoods often cannot cross the street wearing a skullcap without being insulted, spat at or even attacked," the British newspaper ‘Daily Telegraph' quotes Dutch media as reporting. Amsterdam police already disguise officers as decoy prostitutes, gay and old people in operations to deter street muggings and attacks on homosexuals or the city's red light district.

Secret television recordings by the Jewish broadcasting company ‘Joodse Omroep', broadcast over the weekend showed young men shouting and making Nazi salutes at a rabbi when he visited different areas of the Dutch capital.

The idea of using police officers in disguise was floated by a Muslim parliamentarian. The Israeli newspaper ‘Haaretz' quotes Ahmed Marcouch, a Moroccan-born Social Democratic member of parliament who immigrated to the Netherlands at the age of ten, as saying: "I say, send fake Jews to arrest the attackers. Everything must be done to keep this phenomenon from growing. It seems like small incidents, but this is serious."