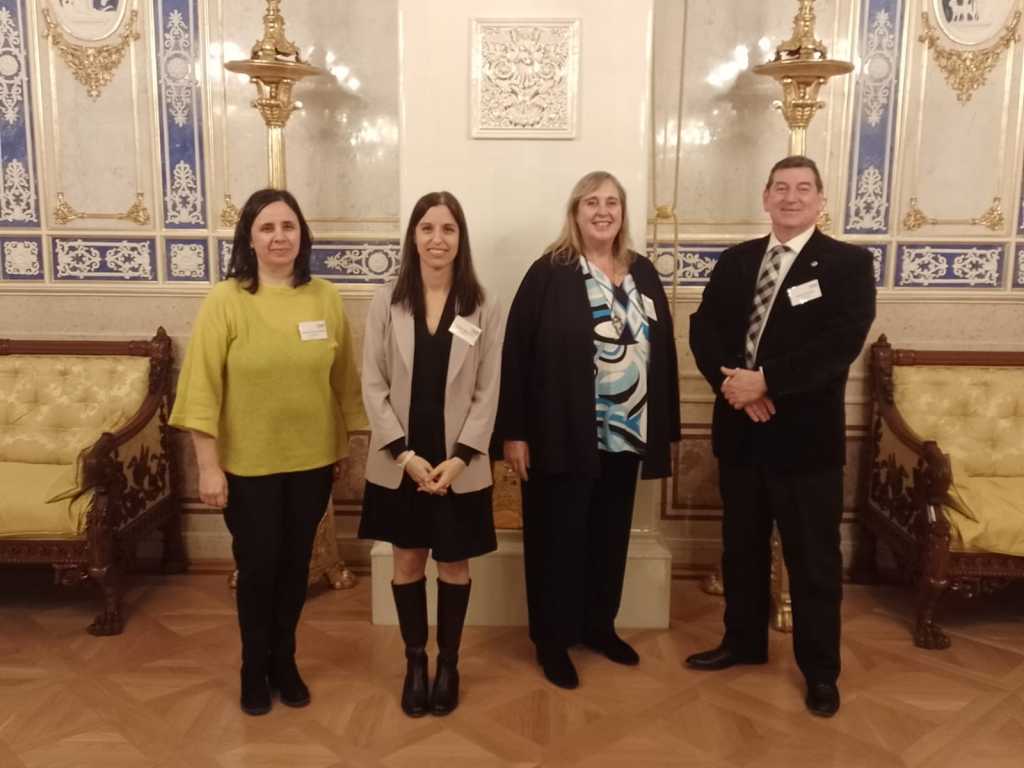 A revolutionary development in the fight against anti-Semitism.

We learned that in the University of Cuyo, in the city of Mendoza, which stands at the foot of the Andes, a spate of anti-Semitic acts were taking place.

A professor of Social Sciences poured anti-Semitism into his classes on “Contemporary Arab Studies”.

Simultaneously, a journalist, using a Twitter account linked to the University during a discussion with a Jewish national congressman, compared Israel to the Nazis and wrapped her anti-Semitic arguments as anti- Zionist, not anti-Jewish.

Faced with these twin situations, the Wiesenthal Center launched a public complaint in an open letter to the Rector of the University.

He decided to investigate the situation. First he asked us why we saw these incidents as anti-Semitic.

Our answer was concise. Argentina voted in 2016 for the IHRA Working Definition of anti-Semitism as Member State. We maintained that applying that objective standard (the only one), we indicated that both cases met the provisions of the Working Definition.

In November 2019, the University ruled that according to the IHRA Definition of Anti-Semitism both acts were indeed, anti-Semitic. Consequently, removed the professor and forced the journalist to change her Twitter account to differentiate herself from the University.

In June 2020, Argentina Foreign Ministry specifically adopted the Definition through a two-article resolution.

These moves showed that IHRA was first adopted for the entire National Public Sector. The second invites all public and private institutions in the nation to adopt the Definition.

This led us to knock on many doors across Argentina (in the midst of the pandemic) to extend the adoption IHRA. If it had been approved by law of Congress or a presidential executive order, this would not have been necessary.

Still our efforts yielded important results: Argentina operates on a federal system. The SWC has managed to get 18 out of 24 districts to adopt it as law; the National Congress adopted it for its scope; 13 National Universities and the National Interuniversity Council, a body that brings together the Rectors of all public universities in the country, advised each university to adopt the Definition.

Also adopted by municipalities of the most important cities in the country that are not provincial capitals, such as Rosario, Mar del Plata and even Bariloche (which not so long ago considered ex SS murderer Erich Priebke as an exemplary neighbor.)

Bar associations, Educators unions, the Argentine Football Association and 7 of the first division clubs. The Association to Fight Cybercrime, The Argentinian Ahmadia Muslim Community and the Association of Evangelical Churches have all embraced IHRA.

What use could the adoption of the definition have in Argentina?

A legal question gave us the answer.

Argentina was a pioneer in the region, sanctioning the so-called Anti-Discrimination Law in 1988. The standard of that law is based on three assumptions. And coincidentally they are the three provided for in the last part of the definition for discrimination in general.

Our efforts focused on convincing lawmakers that the Anti-Discrimination Law would be complemented by the IHRA Definition, providing the context of when an act of discrimination or crime would be defined as anti-Semitic.

Before IHRA’s adoption, a sentencing judge had to subjectively decide whether the defendant intended to be anti-Semitic, which was almost impossible to prove. Many judges were ill-equipped to understand the parameters of anti-Semitism.

Since the adoption of the Definition, if the incident falls within the parameters of IHRA’s examples, it is not necessary to prove intent, but must be legally condemned. The judicial system can operate on an objective, not subjective, or ill-informed basis.

In addition, the SWC has worked to train judges and district attorneys who had adopted the definition.

The first case was in the city of Paraná, Province of Entre Ríos, where a man was sentenced for vandalizing a public square with swastikas and graffiti declaring “Death to the Jews”. In the ruling, the Court condemns the act as anti-Semitic because it met the standards of the Definition adopted by Argentina and the Province of Entre Ríos.

The second case occurred in the City of Córdoba, one of the largest in the country. During the pandemic, during a virtual class, a teacher maintained that he would give part of his salary to whomever shows him a poor Jew—since none exists. Continuing his rant, the teacher alleged that Jews are only interested in money and that we control the finances of the world, etc… The judge who had to decide, called the students as witnesses to identify whether or not the teacher had intended to stigmatize and discriminate against Jews. We then had the opportunity to train all the judges and prosecutors in that city, we said that it would not have been necessary to poll the students if they felt their teacher sought to discriminate against Jews, the objective IHRA definition would have been sufficient to establish that objective fact.

The judge dismissed the charges against the professor. While the local Jewish community and prosecutors appealed the ruling, we published an article in a newspaper in that city strongly criticizing the ruling. Finally, the Appeals Chamber used our criteria, revoked the ruling, and sentenced the professor for his anti-Semitic slanders.

In the City of Buenos Aires, a few months ago, an anti-Semitic leader was sentenced for calling two Jewish officials “Zionist vipers” using the Definition.

In the last case to date, a legislator from the City of Buenos Aires from far-left party called for the destruction of the State of Israel and maintained that all of us who defend its existence are murderous and genocidal Zionists. The Jewish Community denounced him, and we were summoned as experts to explain why this speech is dangerous. Days ago, the prosecutor accused him based on these arguments, quoting the definition of anti-Semitism.

Judges, prosecutors, and lawyers are beginning to consider the Definition as an objective element to deal with anti-Semitism under the rule of law and to be able to accuse and convict such acts under the anti-discrimination law.

This, without a doubt, is a revolutionary development in the fight against anti-Semitism.

(Note: This work was presented at the Gothemburg IHRA Plennary, integrating the Argentina Delegation and representing the Simon Wiesenthal Center)

1 comentario en «A revolutionary development in the fight against anti-Semitism.»