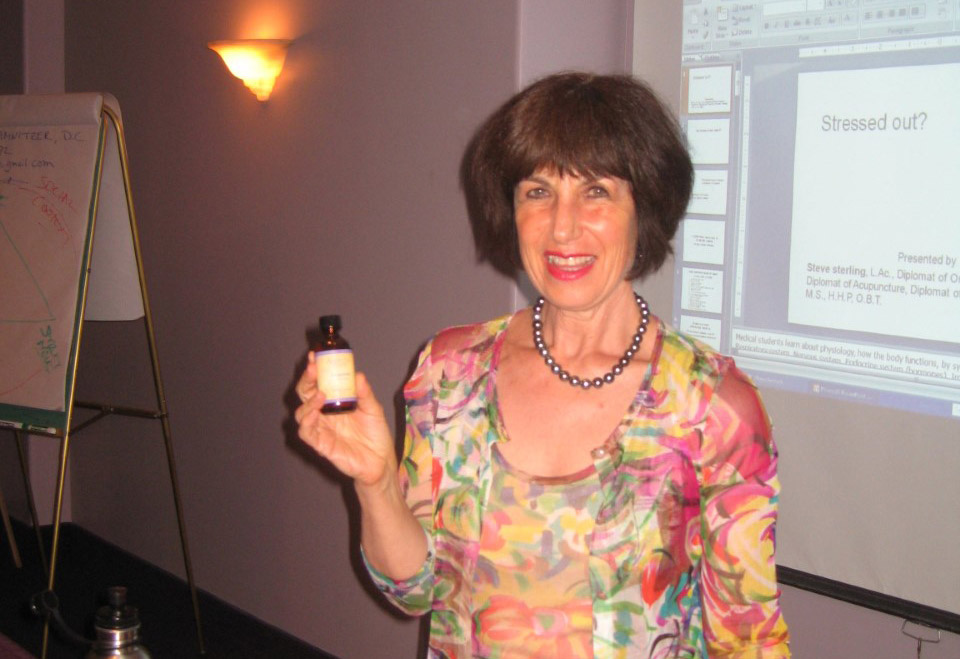 Linda-Anne Kahn: Bringing Beauty through Health to Others

Some people are just born with a smile on their face and a positive outlook on life. Linda-Anne Kahn is one of those people. From the time she was a young woman, she has taken pleasure in bringing beauty and healing into other’s lives.

However, neither one was happy with the political situation in South Africa and Apartheid. They wanted a better life for their children, so like many immigrants, they sold their business, packed up, and arrived in San Diego to start a new life from scratch.

They lived In the UTC area among many of their compatriots and attended the old Temple Beth El- which was in Clairemont before it moved to La Jolla- at the time when Rabbi Wayne Dosick presided. Her husband opened up a sheep skin seat cover business and her children attended the Jewish Academy. Kahn opened up a very small beauty salon called, Beauty Kliniek. She had brought some equipment with her. She worked there doing facials and massages, and she also wrote articles for the now defunct local Gazette. As Kahn says, “You do what you have to do to survive in a new country”.

She slowly built up her clientele and hired another woman to help her. As the business grew over the years, the physical location did, too, and she expanded three times. She added more body treatments as well as classes on nutrition, etc. Soon, Beauty Kliniek had become an entire wellness center with many loyal customers. While writing this story, I found out several of my friends have been going there since the 1980’s!

However, when the economy tanked, it affected her business, and Kahn had to simplify and restructure, so she downsized in 2008. Today, she is back to doing the beauty basics and her place is now more focused on being an aromatherapy day spa that uses essential oils that she custom blends to meet specific needs.

In fact, helping others, using aromatherapy, has been an important part of her life for many years as she is passionate about the beneficial effects of scented oils. She attends aromatherapy conferences all over the world. She is a member of the Alliance of International Aromatherapists.  In addition, she is trained to do lymphatic massages which can help people with lymphedema.

What I like about Beauty Kliniek is that besides being a lovely, peaceful place that smells good, Kahn has made a point of hiring other immigrants to work with her. For example, she has nail specialists from Vietnam and Hungary. She also has people working there from Japan, Mexico, South Africa, Italy, Iran, and Ukraine, as well as Americans.

Kahn is in her late 60’s, but looks much younger with a lot of energy. This is mostly due to her healthy lifestyle. She used to be a pescatarian, but became a vegan 12 years ago. She loves cooking and sharing healthy recipes. She also does daily walks with her dog as well as Pilate classes. Her sunny outlook on life surely helps, too. She wants Beauty Kliniek to be a caring inviting place for both her customers and her employees. She believes in beauty for health.

Miriam [Mimi] Pollack was born in Chicago, but moved to Mexico City when she was five years old. She lived and worked in Mexico for over 20 years. She currently resides in San Diego and worked as an ESL instructor at Grossmont College and San Diego Community College Continuing Education until June 2018. She writes for various local publications.