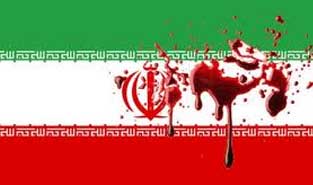 Some analysts have expressed doubt that the Iranian government was involved in a recently uncovered plot to assassinate Saudi Arabia’s ambassador to the United States. Skeptics have questioned whether the Iranian regime would participate in such a scheme carried out by non-intelligence professionals and have even suggested that Iranian Supreme Leader Ayatollah Ali Khamenei was “set up ” and knew nothing about the conspiracy.

But Roya Hakakian, author of a book about Tehran’s transnational terror campaign against dissidents, wrote in the Wall Street Journal that the alleged plot bears striking parallels to an earlier crime committed by the Islamist regime: the September 1992 massacre of four Kurdish dissidents at Mykonos restaurant in Berlin.

One of the Mykonos shooters was Abdulrahman Bani-Hashemi, an Iranian hit man. Hashemi (who flew to Turkey later that night before boarding a bus and escaping into Iran) had assassinated an Iranian exile in Switzerland in 1989. The following year, he was arrested and briefly held by Swedish authorities after attempting to kill the Saudi ambassador there.

Several weeks after the Mykonos slayings, German authorities arrested one Iranian and “a ring of small time Lebanese crooks” in connection with the attack, Hakakian wrote. Iranian Minister of Intelligence Ali Fallahian tried unsuccessfully to persuade German authorities to derail the legal proceedings in the Mykonos case.

During the trial, which lasted nearly four years, an Iranian intelligence official defected. He testified that Tehran had a list containing 500 “enemies of Islam” who were targeted for death. In 1997, five men – four Lebanese and an Iranian – were convicted of the Mykonos murders. The trial judge found that Khamenei and Fallahian were among those who ordered the killings.

Interpol has issued a warrant for Fallahian’s arrest in connection with the Mykonos case and several other assassinations ordered by the Iranian government.

Writing in the Weekly Standard, Stephen Schwartz notes that Iran has an extensive history of carrying out political murders in the West dating back to the 1979 revolution. These include the 1980 killing of Ali Akbar Tabatabai, who had been an Iranian Embassy press attaché under the Shah. As in the alleged plot to kill the Saudi ambassador, the man who gunned down Tabatabai at his Bethesda, Md. home on July 22, 1980 was no intelligence professional. David Belfield, a security guard at an Iranian diplomatic facility in Washington, carried out the hit and successfully fled to Iran, where he currently lives.