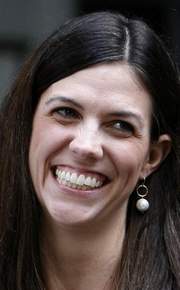 A Mississippi defendant in the Stanford Financial civil case is objecting to some property the court-appointed receiver was trying to sell in an effort to recoup money lost in an alleged investment fraud.

After reviewing a list of the properties in a story Sunday in The Clarion-Ledger, former Stanford Chief Investment Officer Laura Pendergest-Holt’s representatives petitioned to the court to have her personal residence and inherited property deleted from the list of about 50 properties in several states the receiver is seeking to sell, said John Volney, a Dallas lawyer representing her in the case. Pendergest-Holt’s lawyers have filed a motion opposing the sale.

“She was very upset,” he said of her reaction to learning her home and inherited property were listed.

The receiver has said Stanford Investment Bank does not have the funds to cover all the outstanding CDs. Money recovered from the sale will be used to repay creditors and investors.

Volney said the receiver’s attorneys have agreed to remove the personal property from the list.

A filing on Monday by the receiver says he is seeking “the sale of assets of the corporate defendants.”

It is unclear from the court filings what property will be removed from the listing.

Volney said it would be at least 45 days before the judge rules on the motion to sell the property.

The listing includes the firm’s Tupelo office in the Fairview District.

He said the property is 19,200 square feet on two levels and part of the building is leased to Fairpark Salon and Spa and Edward Jones.

Short said there would be interest in the property if it were put on the market.

“What made it so attractive was the leases,” he said.

He said with more than one-third of the building being vacant because of Stanford’s closing, it could affect the sales price.

“A developer is going to have to buy speculative vacant space,” Short said.

He said the properties in Baldwyn would not draw as much interest as the Tupelo office.