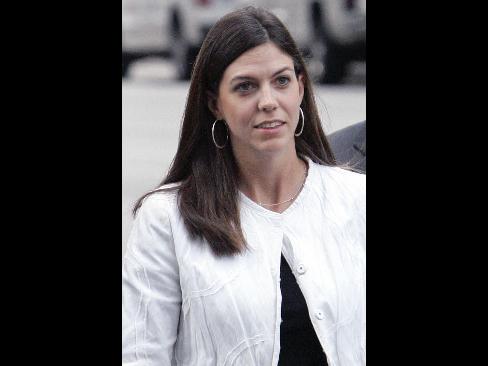 Laura Pendergest-Holt, accused of helping R. Allen Stanford swindle investors out of more than $7 billion, won court permission for her husband to sell a luxury waterfront lot and keep some of the proceeds.

James D. Holt, husband of Stanford Financial Group’s chief investment officer, asked U.S. District Judge David Godbey last week for permission to sell a $2 million property the couple owns on North Carolina’s intra-coastal waterway before it falls into foreclosure. The Holts have been unable to pay their mortgage on the property because all their assets were frozen by court order when the U.S. Securities and Exchange Commission sued Stanford, Pendergest-Holt and others for fraud in February.

James Holt will be allowed to keep 60 percent of any proceeds from the sale of the land because he contributed almost two-thirds of the down payment from funds he earned selling a house he owned before he met and married the Stanford executive, Godbey ruled.

“The court is of the opinion that the motion has merit and should be granted,” Godbey said in an order posted yesterday on the Dallas federal court’s Web site. Godbey ruled that the remaining 40 percent of the sales price, Laura Pendergest-Holt’s share of the proceeds, should be deposited in an interest- bearing account until accusations against her are resolved.

Pendergest-Holt, 35, denies any wrongdoing in connection with what the SEC said was a Ponzi scheme that bilked investors of more than $7 billion through bogus certificates of deposit at Antigua-based Stanford International Bank. She is free on bond until trial on 21 felony charges that mirror the SEC allegations.

Pendergest-Holt has been fighting the court-appointed receiver in charge of administering her frozen assets for living expenses and legal fees, as she claims the freeze order has rendered her virtually penniless.

“The Holts have already received notices of delinquency on the mortgage for their house in Baldwin, Mississippi, and they are relying on family assistance to make the mortgage on the lot,” Jeffrey Tillotson, her attorney said in the request to sell the lot. The lawyer said a voluntary sale would yield a higher price for both the Holts and the receivership estate than a foreclosure sale would.

James Holt purchased a house in his own name in Virginia in 1997, nine years before he met his wife, and sold it in July of last year for $636,290, according to last week’s court filing. He contributed $373,298 of those sale proceeds to the down payment on the North Carolina property, with his wife contributing $246,695, and they financed the rest of the $2 million purchase price, court papers show.

Ralph Janvey, the Stanford receiver, didn’t oppose the Holts’ request to sell the property and allow the husband to retain his “personal untainted” equity in the parcel.