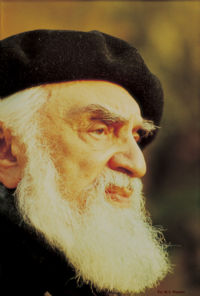 Diario Judío M&eacutexico - In 1957, the successful launching of Sputnik, the first man-made satellite, by the Soviet Union, astonished the world. This victory of science was based on the research of a genius little know in the West, Ari Sternfeld.

Under a prophetic family name, which in Yiddish means field of stars, Ari was born in 1905 in the small town of Seradz, Poland, in an Orthodox Jewish family, which traced its direct ancestry back to the great medieval scholar and philosopher Maimonides (Ramban). This was evidenced by documents, unfortunately burnt during WWII. Ari was given a traditional eduction by his parents and was a bright pupil and student at the Polish schools and gymnasia. He was fascinated very early by the stars, dreamt about space navigation; and his friends used to joke about his delusions.

In spite of his talent, he was barred from joining the Polytechnical School in Warsaw Warsaw, only because he was Jewish. He managed, however, to join the Jagellon University in Krakow, where he studied philosophy during one year.

Undaunted by the rejection of the Polytechnical School, Ari, was determined to study engineering, He spoke fluently German, taught at that time at the gymnasia, but he decided to travel to France even though he did not speak French, because France was still at that time the ultimate promised land for the oppressed and persecuted people of Europe. There, he was accepted as a student at the University of Nancy..

In order to survive, Ari had to work as a stevedore for a few francs at the huge Halles market in Paris and then in the markets of Nancy, while he was studying and learning the language.

His lack of knowledge of French greatly hampered him during the first year, and he ended the course as the penultimate student of the class. A year later, however, he ended as the second. Ari graduated as a mechanical engineer from that University, where his extraordinary mind had been recognized, and he was later hired by the Renault Automobile Industries. There he became rapidly one of the brightest engineers of that corporation. Since the beginning of his academic life, Ari kept dreaming about spacecrafts and space navigation. Further to his success with Renault, he joined the Sorbonne University in Paris, to prepare a Ph. D. in Astrophysics. The faculty of that university, however, was not willing to assume responsibility for this field of research, which was actually too avant-garde for that time, in spite of the discoveries of another prodigy, C. Tsiolkovsky, a Russian-born Polish astrophysicist. The Sorbonne University therefore requested Ari to choose another field of activity. Since Ari was not willing to give up his endeavors, he wnt back to Poland, where in spite of many acute problems, he managed to publish his first scientific book, written in French and entitled “Introduction to Astronautics”, which was awarded a prize in Paris in 1934.

That same year, the French Academy of Science accepted his book and was contemplating the publication of two reports contained therein. Ari Sternfeld had also sent his book to the Russian Embassy in France, which published it immediately, and invited him to go to Russia, as the communist régime was trying very hard at that time to attract “brains”. Times were hard in France during that period, and Ari finally decided to accept that invitation, also under the influence of his wife, who was a communist and continuously praised “the workers’ paradise” Ari ruefully left France, which he worshipped, His love for France lasted all his life, and he educated.his two Russian-born daughters in French and according to French culture.

The Russians received the Sternfelds enthusiastically, and Ari joined the Soviet Union Space Research Institute. Nevertheless, the Soviet government soon began to harass him on the ground that he was a Polish Jew, and had, additionally, graduated from a French University, i.e. in an awful capitalist country. Due to these facts, unacceptable for Stalin, he was dismissed from the Institute in 1937. This apparent misfortune actually saved his life, because two months later almost all the scientific team of the Institute was arrested by the KGB, deported to Siberia, and various of its members shot to death, victims of the great political purges unleashed by Stalin.

From that time on, Ari Sternfeld never more worked on an official basis. He remained in his tiny apartment, where in the course of the years he performed the most important part of his space research on a kitchen table with a primitive computer made by him. His deafness also proved to be another blessing in disguise, insofar as it prevented him from hearing all the noise around him and therefore allowed him to concentrate in silence on his work.

In his modest living quarters, Ari Sternfeld kept working, and he published many books and reports on space navigation. They met an astonishing success and were translated into 39 languages.

During his later years, Ari Sternfeld was showered with honorary doctorates.from the best universities in the world, plus scientific awards and many prizes, but he had no freedom to travel abroad as h wanted. On one occasion, the Soviet authorities, with their customary sadism, denied him a visa to go abroad to receive a prize. Then various students who were following his works from abroad, traveled specially to Moscow to join him on the date of that award.

His research works were not only the basis for the launching of the Sputnik in 1957 and later the first space shuttle “Soyuz” in 1961, including the systems for the return of those satellites to the atmosphere of the Earth, but Ari Sternfeld also created various space systems and paths, one of which is called the Sternfeld Path, to allow a substantial saving of fuel in the paths of the satellites and manned spacecrafts. He also performed the unheard of achievement of sending a missile to explore the side of the Moon invisible from Earth.

Ari Sternfeld died in Moscow in 1980 while working on an astounding space navigation project, which can b the subject matter of another report…

In Poland, the Astronomical Observatory of Lodz, inaugurated in October 2002, bears his name, as well as an important street in that town, and an avenue in his birthplace Seradz. In homage to his genius, a crater on the Moon has been named Ari Sternfeld.

Logically, people can’t help wondering, though, whether Poland, where Ari was so cruelly and stupidly denied access to learning just because he was a Jew, has any right to claim him as a Polish genius, let alone boast of his discoveries and bask in his glory. This honor should rather fall to France, or even to Russia. A solution beyond these conflicting opinions is to consider Ari Sternfeld as a universal genius who belongs to the world. Not only a genius but also a hero, who overcame tremendous problems and suffering in order to open for mankind the road to the stars.