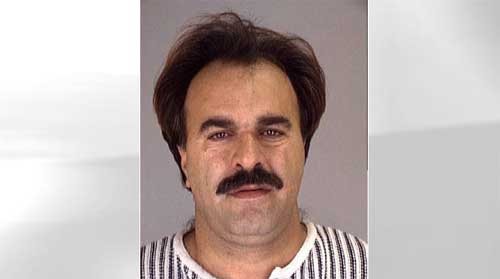 Two men have been charged in what law enforcement officials say was a bombing plot in the United States approved by senior members Iran’s Revolutionary Guard Quds Force.

The plot targeted the Saudi ambassador to the United States for assassination and may have included other targets including the Israeli embassy, ABC News reports.

During a news conference Tuesday afternoon, Manhattan U.S. Attorney Preet Bharara called the plot’s details chilling, saying the suspects didn’t care that they could kill dozens of civilians along with their targets.

The principle conspirator, 56-year-old naturalized American citizen Manssor Arbabsiar (photo), repeatedly discussed the plot with what turned out to be a Drug Enforcement Agency informant. In conversations with the informant, who posed as a Mexican drug cartel representative, Arbabsiar mentioned bombing a restaurant where Ambassador Adel Al-Jubeir often eats. He also discussed attacking the Saudi embassy.

The informant claimed to be tied to a cartel which “has engaged in numerous acts of violence, including assassinations and murders,” a criminal complaint said.

Arbabsiar and Quds Force member Gholam Shakuri are charged with conspiracies to murder a foreign official; to use a weapon of mass destruction; and to commit an act of international terrorism. Four men and $1.5 million were needed to carry out the plot, the informant claimed. Arbabsiar arranged for $100,000 to be wired to an account in New York in August and said the balance would be paid after the Al-Jubeir was killed.

Arbabsiar made it clear he didn’t care how the ambassador died, or how many innocent people died with him. “They want that guy done, if the hundred go with him, f*** ’em,” he allegedly said. When the informant said he could use a bomb or shoot the ambassador, Arbabsiar said “it doesn’t matter … whatever is easy for” you.

Arbabsiar was arrested Thursday at New York’s John F. Kennedy airport, but Shakuri, a Quds force member, is at large. Arbabsiar allegedly confessed to law enforcement agents after his arrest, saying “he was recruited, funded and directed by men he understood to be senior officials in Iran’s Qods Force. He allegedly said these Iranian officials were aware of and approved of the use of [the informant] in connection with the plot; as well as payments to [the informant]; the means by which the Ambassador would be killed in the United States and the casualties that would likely result.”