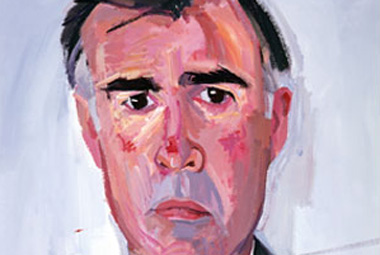 Things went pretty much as expected: Sweeping Republican gains at the national and state levels—enough to win the House of Representatives (60-plus seats!), but not the Senate; enough to win the governorships of Pennsylvania, Michigan, Ohio, and Virginia, but not California (where Governor Moonbeam won; for the record, Jerry Brown is not Jewish, merely awesome). Rep. Eric Cantor (R-Virginia) will become the second-highest ranking congressperson.

The Senate’s Jewish composition went mostly as Dan Klein predicted a week ago: A gain in Connecticut (Democrat Richard Blumenthal, the newest Jewish senator, defeated Republican Linda McMahon); a loss in Wisconsin (Republican Ron Johnson defeated Democratic Sen. Russ Feingold); holds in New York, California, and Oregon (Democratic Sens. Chuck Schumer, Barbara Boxer, and Ron Wyden). In the competition to replace Sen. Arlen Specter (D-Pennsylvania), former Republican Rep. Pat Toomey beat Democratic Rep. Joe Sestak, in a proxy war between the Emergency Committee for Israel and J Street. Though how big a role Israel played is debatable, it is indisputably a big, albeit close, victory for Republicans in a bellwether state (and mazel tov to Toomey’s press secretary, Nachama Soloveichik, whom Allison Hoffman profiled ). However, Sen. Michael Bennet (D-Colorado), who is of Jewish descent but does not identify with any religion (but does note that his mother was a Holocaust survivor), is too close to call in his bid for a come-from-behind victory over Republican challenger Ken Buck. (UPDATE: See 12 pm post.)

A final note on the Senate: While it was thought that Schumer had the inside line over Sen. Dick Durbin (D-Illinois) to lead the senior chamber’s Democratic caucus, that may change now that Senate Majority Leader Harry Reid (Nevada) pulled off an upset.

In the House, we now have a second Jewish Republican federal legislator: Meet future Rep. Nan Hayworth (R-New York), from upstate. (There is also a new Democrat in Rep. David Cicilline (Rhode Island).) J Street-endorsed Rep. Jan Schakowsky (D-Illinois) easily brushed off Republican challenger Joel Pollak, who had made Israel a major issue in the race; just how the voting there breaks down is more telling than the result itself, which was all but foreordained. Perennial Rep. Barney Frank (D-Massachusetts) faced a closer race than usual but nonetheless won convincingly. Rep. John Adler (D-New Jersey) lost to, of all things, a former Philadelphia Eagles offensive lineman (the Eagles may have a House seat, but they’re still waiting on that Lombardi Trophy). Rep. Ron Klein (D-Florida), of Boca, lost his seat after three terms. Outspoken Rep. Alan Grayson (D-Florida) was unseated after one term; the over-under on when he starts a semi-regular MSNBC gig is five weeks. Finally, Tablet Magazine favorite Shelley Berkley secured an easy seventh term; Democrats are celebrating in Vegas.

JTA has a complete list of the 27 Jewish congresspersons and 12 senators who will serve in the 112th Congress. Warning: It includes Bennet, who you could consider not Jewish, and anyway may not in the end hang on to his seat (truthfully, it looks like recount territory there).

Though several key Tea Party candidates went down to defeat—Sharron Angle in Nevada, Christine “I’m You” O’Donnell in Delaware—Rand Paul, one of the first and most prominent and most explicitly Tea Party politicians, won the Kentucky Senate seat. James Besser called the result “bad for Jewish Republicans”: “The Republican Jewish Coalition conspicuously spurned Paul as being outside the GOP mainstream,” Besser reported. “This is the Republicans’ version of the Democrats’ Jesse Jackson problem, it seems to me. Embracing Paul won’t go over well with the RJC’s core constituency—mainstream Republicans. But rejecting him could cause problems with other—and possibly ascendant—elements of the party.” Of course, this is the microcosm of the larger narrative: After it is established that the brake has been put on President Obama’s agenda, the new storyline will follow the tension within the Republican Party between its establishment, much of which still keeps the Tea Party at arms’ length, and this powerful insurgent force.

Oh, and finally: Prop. 19, lost. Only outlaws—and anyone who puts in the minimal effort to get a prescription—will continue to smoke dope in the Golden State. No matter: Governor Moonbeam will figure it out.

There Is Little Grounding Left In Modern Buildings In The U.S.