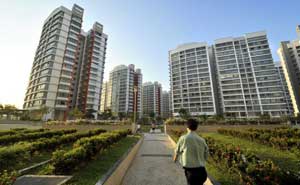 Up until now, I have focused in this blog on how modern technological environments influence one very important purpose of life: the need to prepare for death through the imprints we humans leave on other humans and on other experiential surfaces around us as a kind of surrogate immortality. By creating overly defined hard laminated surfaces on all the technological figures that fill our environment, there are few grounded surfaces left to make and preserve new imprints.

However, there is another very important purpose of life that is also affected as a result of the sensory distortion resulting from technological experiential surfaces. This other purpose is that of feeling fully and richly alive. People cannot simply spend their whole lives focused on preparing for death. In order to validate their existences, they also have to feel intense experiences in the present. Just like preparing for death, feeling richly alive is a fundamental need. When life feels flat and boring, people feel like they aren’t really living, or that their lives are living deaths. Sometimes, rich life experiences are turned into memories or into some kind of more permanent phenomena like a book, a building, or a baby. An imprint is made, and then it is preserved. But sometimes, rich life experiences occur to make imprints with the primary purpose of helping a person to feel richly alive at the moment. Many diversions fall into this category. Dining out at a fine restaurant, traveling to an exotic country, going to a lively fun party – in all of these experiences, the focus is on feeling richly alive rather than preparing for death. In terms of even more fundamental experiences, participating in activities in nature like hiking, fishing, swimming in a pond, climbing a mountain are all instances of making and receiving organic imprints and being stimulated to life at the moment in the process.

But when the grounded surfaces gradually start receding from our fields of experience as a result of the encroachment of modern technology and the structures it creates, many opportunities for engaging in rich experiences in the present simply disappear. We are left with living environments with configurations of stimuli that are alternately understimulating for our primate nervous systems and overstimulating. We create frictionless vacuum living environments like modern homes and highrise apartments with technological devices that eliminate routine chores from daily life. Modern living environments have climate-controlled atmospheres. They are frequently free of sensorily interesting moldings and beams that added texture and interesting contours to spaces in more traditional architecture. And they are often set apart from the flow of life either in homes in isolated suburbs or in high-rise buildings above the swarming city.

Apart from the understimulation in such living spaces, there is the overstimulation from speedy noisy cars and motorcycles, the crush of people on the streets in overcrowded modern cities, the disjunctive clutter effect of modern buildings in cities that don’t fit together with one another, the crush of cars in bumper-to-bumper traffic on highways and the abrasive noise and dust created by modern construction machines and vehicles at building sites.

So people today become alternately understimulated and overstimulated by the configurations of phenomena in their fields of experience. Technological change has been occurring more rapidly than the evolution of the human nervous system. People have worked hard to create frictionless vacuum living environments that are free from the perishability that occurs commonly in more organic natural living environments. In the process, people have created all the different waste stimuli – noise, clutter, dust, industrial smells, crowding – that they as human beings are not built to absorb.

Without a lot of grounded surfaces to commune with, people turn to abrasive stimuli to pull themselves out of the numbness of the vacuum. Motorcycles, loud electronic-based popular music, strobe lights, some drugs. All are attempts to shock oneself out of numbness. Other drugs as well as meditation and meditation music are used for an opposite purpose: to withdraw from those parts and aspects of the living environment that create sensory overload and to put one into self-induced vacuum states. In neither case do people have the kind of experiences where there is rich engagement with the external world and that create an intense sustained feeling of being alive. People become down and numb from withdrawal into a vacuum, and then they become overagitated and jaded from the experience of the abrasive static stimuli previously discussed. They bounce back and forth, feeling fully comfortable in neither experiential configuration.

One way that people try to stabilize their sensory reactions in spite of a lack of significant organic grounding is through complex electronic phenomena like movies, television and computers. In each case, there is a highly mediated presentation of stimuli, the creation of a vacuum that surrounds a piece of life experience. This vacuumized presentation by itself is numbing. However, in order to stimulate people to life from beyond the vacuum, the content frequently is very intense and abrasive. Violence and sex seem to be the most common popular themes in movies and television today. In terms of structure of content, scenes are short, and there is a quick shift between them in order to create greater intensity. A rapid flow of intense disjunctive images in order to give people kicks and pull them out of the vacuum enclosure of the screen. Pockets of static surrounded by a vacuum. The same with computers. A rapid flow of intense disjunctive presentations of information surrounded by a vacuum. All these are microcosms of the vacuum and static pocket larger environment that people live in within modern technological society. But on a microcosmic level, one can balance the understimulating vacuum and the overstimulating static pockets in such a way that one doesn’t have to bounce between them. Nevertheless, this mediated experience does not give people experiential surfaces on which to make and preserve organic imprints. Without the presentation of organic surfaces, the people using these machines are missing out on the truly rich life experiences that allow them to feel intensely alive, let alone leave imprints that allow them to prepare for death. In an environment of sensory distortion, people are reduced to a third purpose separate from preparing for death or feeling fully alive. People become focused on basic psychological survival, holding themselves together in an environment where the configurations of stimuli offer little psychological grounding, and the configurations of surfaces offer little opportunity to make and preserve new imprints.